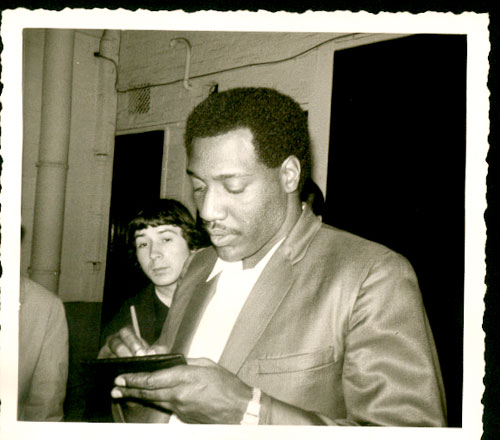 Posted in • From USA, Otis Redding 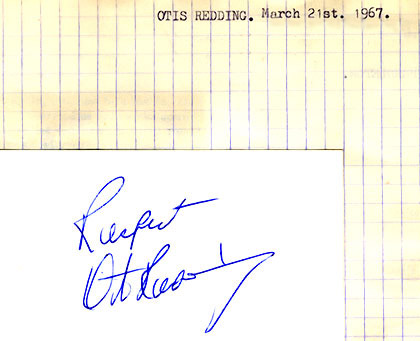 As well as being a great performer this artist was also a very friendly and kind man.
I remember that he never refused his fans an autograph or a photo. A few photos were taken during this visit in March 1967 at the stage door “Entrée des Artistes” of the Olympia. I shall be putting them on this blog. His show with Sam and Dave, Arthur Conley and a few other Stax artists was fantastic. I especially remember his vibrant interpretation of “Try a little tenderness”. He died sadly on December 10th 1967 (a few months after I met him) in a plane crash.

Posted in • From USA, Otis Redding